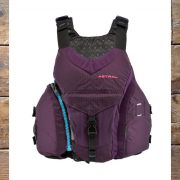 Paddlesports Demo Day at Lake Julian is May 1

Picking Up Paddling (Without Blowing Your Budget)
Scroll to top