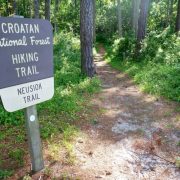 An Insider’s Guide to Panthertown Valley: The Yosemite of the East
Scroll to top